Lake Garda is the largest and most beautiful lake in the country, and belongs immediately to three neighboring regions: Veneto, Lombardy and Trentino-Alto Adige. This is one of the most magnificent natural attractions in Italy - Lago di Garda. Blue, with a turquoise hue, the waters of this lake, are surrounded by impressive peaks of the Alpine mountains, adorned with lush greenery of the most beautiful Italian nature.

Such a beautiful corner of the Apennine peninsula in its time was chosen by noble people from the Ancient Roman Empire. They loved to spend time on the banks of Benaco (Benacus lacus - lat. - "blessed lake"). Later, the lake received the Italian name - Lago di Garda.

Around the perimeter of the lake are dozens of picturesque cities that are profumed in the fragrance of flowers and bathed in the golden rays of the sun. The clear waters of Lake Garda are bathe the surrounding rocks, a clear picture of which creates a unique line of mountain scenery. Terracotta roofs of houses and the lush greenery of vineyards, fruit-bearing gardens and olive groves. During the flowering period, the valley of Lake Garda is painted with incredible colors. A cocktail of pure mountain air and a divine fragrance of flowers will befuddle your head!

The imposing medieval fort of the city of Sirmione, the pearls of Lake Garda, which protects the port from the side of the lake, is the most beautiful structure in Sirmione, with battlements of a walls, protecting the castle, made of rock. Its name is Castello (castle) of Scaligero. The fort was built in the XIII century and served to protect the port of the city of Sirmione.

The ruins of the estate of the one famous Roman - Gaius Valerius Catullus - are known to modern tourists called Grotte di Catullo. It was a poet who sang of the greatness of the Roman Empire, he lived in the I century BC. Picturesque views of the mountains and the lake inspired him, and therefore on the bank of the then Benaco Lake, as it was called in those days, Catullus built this magnificent villa. The ruins of the once large and luxurious palace were discovered during excavation only in the 15th century. At that time they were poorly cleaned and represented just water grottos, from where the modern name of the villa came.

Now, after a brief acquaintance with Lake Garda and the city of Sirmione, I will talk about the wedding at Lake Garda.

I’m a wedding photographer in Italy and I live at the northwest of Italy in Turin, my clients invite me to work at their weddings throughout Italy. Liza and Jim are from Holland and decided to get married in Italy. They chose the most beautiful lake Garda not far from Verona as a place of  the event and applied to me for services of  the wedding photographer.

It was a merry international wedding. The ceremony took place on hotel’s terrace  where Liza, Jim  and their guests lived.

After the ceremony and short aperitif we went for a walk throughout  the lake by a boat. Having made a circle round the lake we landed at the beautiful town Sirmione, situated at a narrow and a very long cape for a walk and a short photoset. There’s a medieval castle Scaligero that is a very beautiful background for a wedding photo session. The water’s color in lake Garda  is special, turcuoise and it seems that all around acquires this shade. This place is too beautiful therefore it’s very popular among the willing to get married in Italy...

After we had an excursion by Sirmione we returned to the place of the wedding dinner by boat where served and decorated with flowers tables were waiting for us. There was the tasty wedding dinner, throwing of  bride’s bouquet and dances at the wedding party. The celebration was finished too late.

So this remarkable wedding celebration, the wedding party at the lake Garda was over. 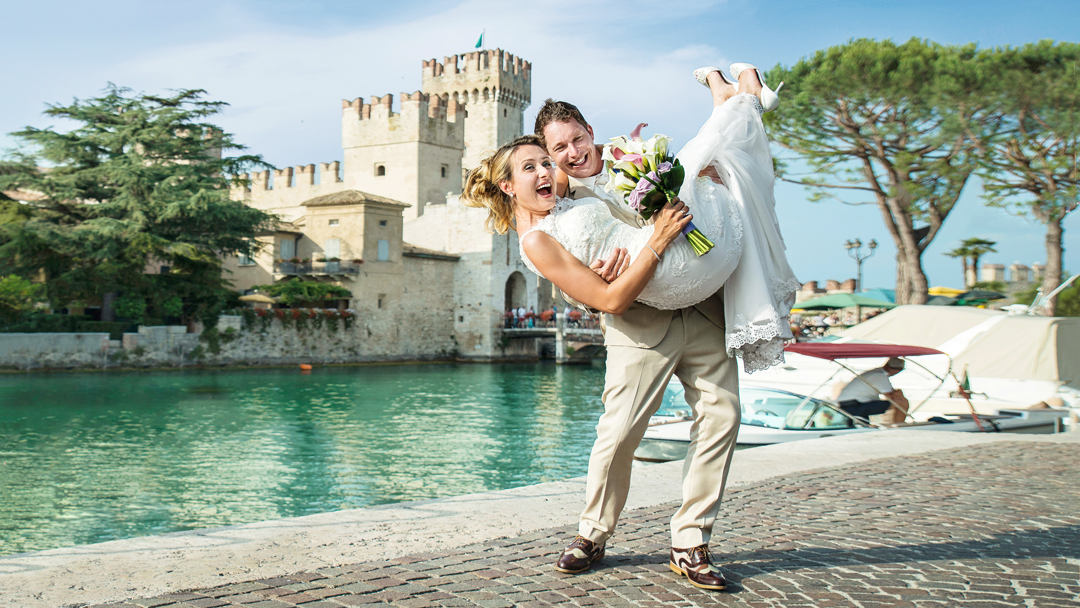 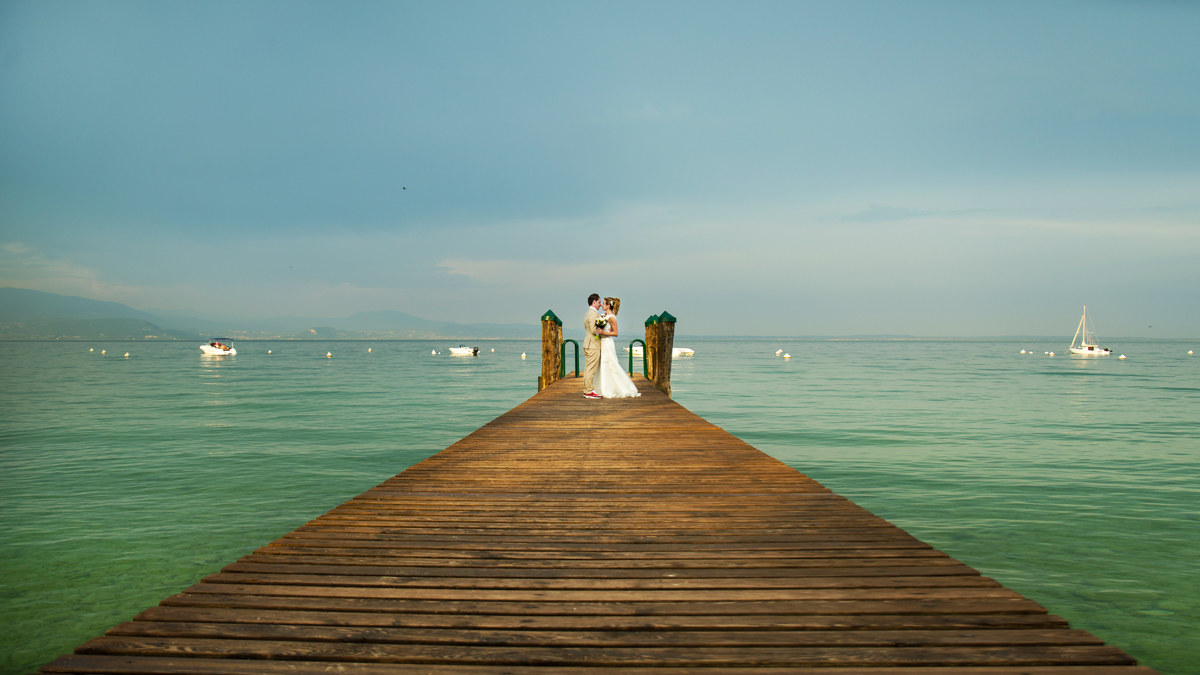 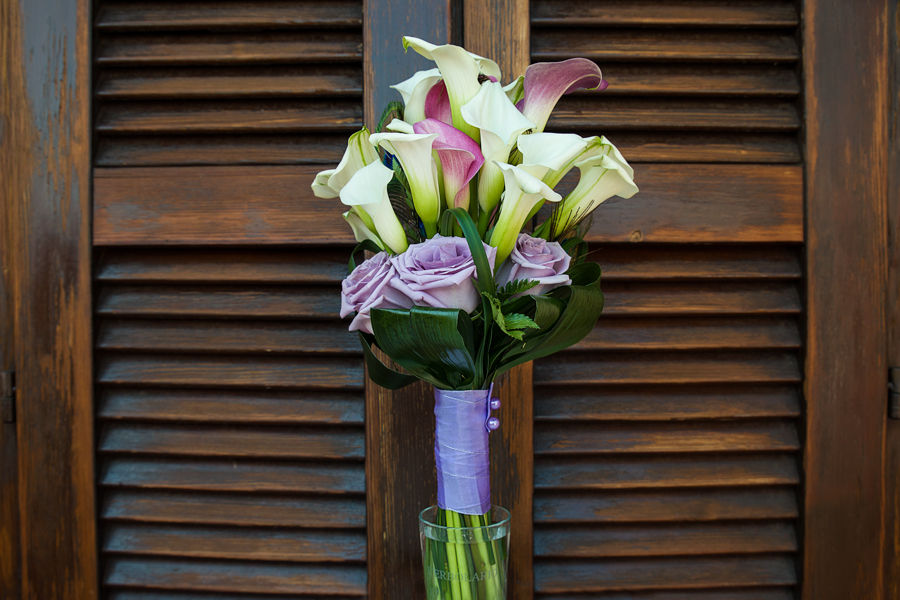